Nine Reasons to Conduct an Oncology Clinical Trial in Spain 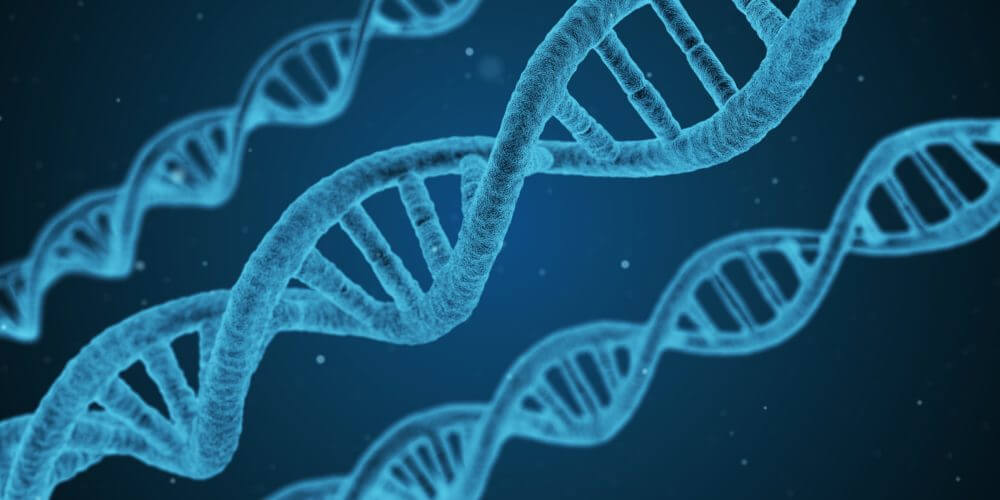 Spain is an excellent country to carry out clinical trials.

According to ClinicalTrials.gov, the American database of clinical studies conducted around the world, by the end of 2019, Spain is the fifth European country (considering the United Kingdom) with more clinical studies (12,792), very close to the fourth recruiter: Italy (12,834 studies).

In 2019 alone, 929 new studies were initiated in Spanish hospitals by November, bringing Spain up to the fourth position in the European ranking of top recruiters during 2019 [1].

The forecast is that this trend will be consolidated in the future because pharmaceutical and biotechnology companies see Spain as an increasingly attractive territory for trials.

The main reasons why Spain is a highly appealing country to perform clinical trials in oncology are:

1. The high number of clinical studies conducted in Spanish hospitals

More than 800 institutions take part in these studies, of which 469 are hospitals and 325 are healthcare centers. In recent years, Catalonia leads the number of trials, with 27% of the total, followed by Madrid (23.3%), Andalusia (12.4%) and the Valencian Community (11.9%). By pathologies, oncology is undoubtedly the disease that more trials involves, with 36.8% [2].

From 2004 to 2016, pharmaceutical companies have promoted more than 7,200 clinical trials in Spain, half of which correspond to early phases of research, which involve greater complexity and also give patients early access to new therapies. Nearly 50% of these studies focused on the discovery and development of new anticancer compounds [3].

In recent years, the pharmaceutical industry has boosted the initiation of clinical trials in Spain, from the 534 approved by the Spanish competent authority (Spanish Agency of Medicines and Medical Devices – AEMPS) in 1997 to 791 in 2017 (with a maximum of 818 in 2015) [1].

Foreign multinational sponsors are playing a central role increasing the volume of trials in the country.

For Pfizer, Spain was the second country with more active clinical trials in Europe in 2017, after Germany. According to Annarita Gabriele, medical director of Roche Farma, “Spain is a country of reference in Roche’s research activity”. The Swiss laboratory invests around 45 million euros in R&D in Spain [2].

Pharmaceutical companies dedicate more than €1 billion per year to R&D projects, of which around half is assigned to clinical trials and basic research throughout Spain. The industry also makes constant efforts to reduce the timeframes for clinical trials and to improve patient recruitment rates [5].

The clinical studies led by the industry represents 78%, compared to the 22% promoted by research groups. 91.6% of the clinical trials promoted by pharmaceutical companies in Spain are multicenter, while 93.5% are international [6].

3. The constant growth of clinical trials in the early stages

An aspect that influences the raise of clinical trials in early stages is the increasing involvement of patients: “We are faced with a change of model regarding the role that the patient plays, which is now much more active, thanks largely to the efforts made by patient associations in matters of information and training”, says Javier Urzay (Deputy Director General of Farmaindustria and Co-President of the Spanish Technological Platform for Innovative Medicines) [5].

The Farma-Biotech Cooperative Program is another of the driving forces behind the growth of research into new drugs in Spain, an open initiative launched by Farmaindustria that fosters collaboration between the pharmaceutical industry and emerging biotech companies (start-ups) [5].

Orphan drugs are attracting the attention of pharmaceutical companies, which have discovered their commercial potential.

For instance, advances in sequencing and gene therapies have generated increased interest in rare cancers.

Spain already meets the European regulatory requirements of clinical research that will enter into force in 2019, being the first country implementing the EU regulation of clinical trials, through the Royal Decree 1090/2015 that became effective in 2016.

Thanks to the new Spanish Royal Decree, trial evaluations are faster and sponsors benefit from an average of 60 days from submission to regulatory/ethics approvals, according to 2017 figures.

César Hernández, head of the AEMPS’ Department of Medicines for Human Use, stresses that Spain is ready to face the new European regulation planned for 2019. “Spain, along with the Netherlands, Sweden and Denmark, is clearly ahead of the other countries. Here, the legislation is already published and the structuring of the committees and the work procedure between the committees and the Agency, which is working even before the publication of the legislation, have been completed”, he said [9].

The recent Royal Decree of clinical trials has placed Spain in an advantageous position to apply the European regulation in the near future, which among other things will establish a unique evaluation of each clinical trial for the whole of Europe. This further strengthens the already beneficial conditions of Spain to host multinational clinical trials.

Spain is currently one of the European states with shorter timelines to start clinical trials (from trial application submission to regulatory/ethics authorization).

“Since the entry into force in January 2016 of the new Royal Decree of clinical trials, we have seen how the deadlines for the start-up of trials were reduced very significantly” Javier Urzay, deputy general director of Farmaindustria, said in a statement [6].

The AEMPS has lowered the approval periods for new trials, going from 89 days in 2015, when the previous regulations were still in force, until 64 days in 2017 [6].

Annarita Gabriele, medical director of Roche Farma also recognizes this great advantage: “The start times of clinical trials are very good after the new Royal Decree that has also served to refine and simplify the evaluation process” [2].

7. The quality of Spanish healthcare, science, and professionals

One of the most valuable aspects of conducting clinical studies in Spain is the consolidated reputation of the Spanish healthcare system, along with the high quality of its investigators and professionals.

Spain’s healthcare system ranks the eighth best in the world, according to the Healthcare Access and Quality Index (HAQ), published in The Lancet [10]. The strength and the good organization of the system, added to the long tradition of participation of Spanish hospitals in clinical trials, ensure highly qualified clinical research throughout the country.

“Spain is for us the number one country in Europe for clinical trials and the second in the world after the United States”, indicates Lourdes López-Bravo, clinical trials director of MSD. “It has become a very interesting country because of the universal coverage of the National Health System, the quality of professionals and the presence of scientific leaders at worldwide level” she says [2].

“Spain is a good country to develop clinical research, fundamentally for the quality of science in our country, and the work of researchers”, agrees Teresa Millán, director of corporate affairs at Lilly [2].

8. The large number of oncology trials

Oncology is a notable example of the propitious research conditions of Spanish hospitals, since 36.8% of the clinical trials carried out in Spain are in cancer, compared with 24% of the EU average, according to data from the European Register of Clinical Trials (EudraPharm) for 2015 recently published by Farmaindustria [5].

The development of new anticancer drugs, whose trials are the most complex, is a crucial part of the research efforts made by the pharmaceutical industry. Cancer clinical trials have clearly gained importance in the last years over other pathologies. Thus, oncology research in Spain has grown almost 20% in the last decade, from representing 30.6% of all clinical trials in the period 2004-2008 to 35.4% in 2009-2013, and finally reaching 50% of the total in 2015 [11].

For example, only in Spain more than 200 clinical trials of new drugs against lung cancer have been registered in the last five years, of which more than 90% have been directly promoted by the pharmaceutical industry, according to data included since 2013 in the Spanish Registry of Clinical Trials (REEC) [4]. Lung cancer is also one of the tumors that generates the greatest research efforts by the industry, since it represents 22% of all the trials corresponding to the area of ​​oncology [12].

Cooperative research groups are independent non-profit organizations (networks of doctors whose beginnings in Spain go back more than two decades) with a multidisciplinary character, constituted by medical oncologists and other cancer specialists, whose ultimate goal is to advance in the fight against cancer through the study of specific tumors. They carry out clinical trials with new cancer therapies through very well organized hospital networks at national level.

According to data from the AEMPS, non-commercial research, conducted mostly by cooperative groups, constitutes around 22% of the clinical research conducted in Spain in the last 10 years, so the total number of enrolled patients is very high. Cooperative cancer research groups in Spain accumulate more than 400 clinical trials, including more than 46,000 patients. Their trials are mainly phase II (56.4%) and phase III (32.3%), with phase I (7.6%) and phase IV studies (3.7%) being much less frequent [13].

This is tremendously valuable for foreign sponsors from North America, Europe and Asia, planning global trials in rare cancers, since they can get immediate access to the best Spanish sites and investigators specialized in uncommon tumor subtypes.

The benefits are ensuring the highest recruitment rates, effective trial promotion, and efficient operations across the country (as cooperative groups have already been working as well organized national networks for years).

[5] “Clinical trials in the early stages are growing steadily in Spain and already make up 51% of the total” – http://www.farmaindustria.es/web_en/documents/press-releases/2017/03/09/clinical-trials-early-stages-growing-steadily-spain-already-make-51-total/

[10] “Healthcare Access and Quality Index based on mortality from causes amenable to personal health care in 195 countries and territories, 1990–2015: a novel analysis from the Global Burden of Disease Study 2015” –

[11] “Spain, above the European average in clinical trials in oncology” –

Your data will be used to meet your requests and provide our services. Read more privacy policy 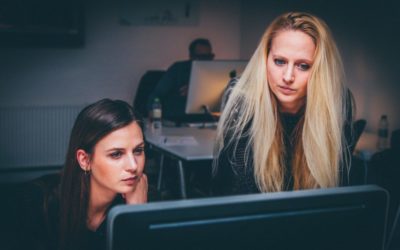 What is a Contract Research Organization (CRO)? 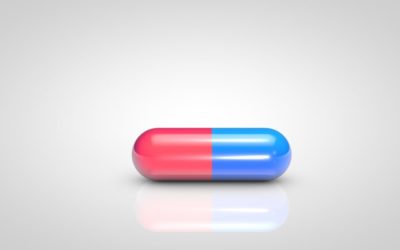 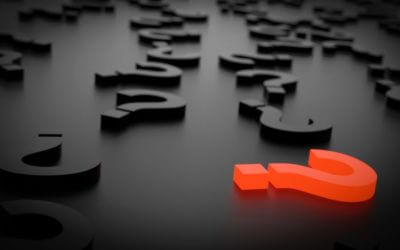 How to Select a Clinical Research Organization (CRO)

Which are the criteria to choose a Clinical Research Organization (CRO)? Key criteria to select a CRO include its service catalog, experience, knowledge of the disease, access to patients, geographical coverage, quality management, responsiveness, staff continuity and... 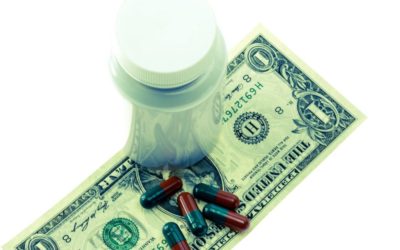 How Much Does a Clinical Trial Cost?

How much does a clinical trial cost?  The average cost of phase 1, 2, and 3 clinical trials across therapeutic areas is around $4, 13, and 20 million respectively. Pivotal (phase 3) studies for new drugs approved by the Food and Drug Administration (FDA) of the United...